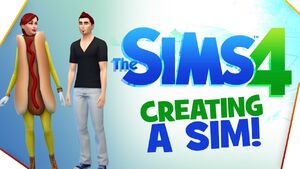 The Sims 4 is a Sims 4 playthrough series created by Cupquake. The series began on September 2, 2014. The series follows the lives of Stella and Blake Mellrose, all fictional characters that live in Oasis Springs. The most recent episode featured the Get to Work expansion pack on April 21, 2015. It is unclear if the series is still ongoing.

Retrieved from "https://cupquake.fandom.com/wiki/Sims_4?oldid=16873"
Community content is available under CC-BY-SA unless otherwise noted.